Psychological Safety in the Workplace

Creating an Environment Where People and Teams Thrive

Have you ever had to work with someone who was a complete jerk? I have. I was a new manager. He was a director who partnered with my team regularly. He was good at his job in the sense that he had smart ideas and could close a deal, but his reputation as an arrogant bully was well earned. As my responsibilities increased, I had to interact with him more and more. For a while, I felt like we’d establish some level of rapport. Then one day I popped into his office for a quick conversation. During our discussion, I said something he took issue with. I don’t even remember what it was—it was that insignificant. But his response was something like: “Well, [bleepity bleepin’ bleepy bleep] you.” Then he laughed—not with me, but at me.
I was stunned and embarrassed. I felt my face flush. I stammered something unintelligible, and I walked out.

Did I confront him later? Nope. Did I tell my boss? Nope, because they were friends. But I did warn my team. Did we have to keep working with him? Yep. Did we all measure every word before we spoke in his presence? You bet we did.

Now, before you say, “Suck it up, buttercup!,” know this: In 2015, Google released the results of a two-year internal study to identify the attributes that make their teams effective. At the top of its findings list is psychological safety. Google’s study made it clear that creating psychological safety in the workplace is a real difference maker in team performance.

What is psychological safety? It’s the feeling that you can be open and vulnerable with your peers and leaders without fear of embarrassment or retaliation.

What organization isn’t striving for that kind of team dynamic?

In fact, in the wake of the Great Resignation and recent media focus on the “quiet quitting” phenomenon, the concept of psychological safety at work is trending. Mental health experts cite a lack of psychological safety as a contributing factor in both of these workplace trends. Fewer workers are willing to tolerate a toxic workplace that makes them feel inadequate, unappreciated, stressed out, or abused.

Leaders who dismiss the importance of creating psychological safety in the workplace are going to find it increasingly difficult to attract and retain top talent.

Each of these topics is paramount to a leader’s success at any level, and all of them touch on a leader’s ability to create an environment where colleagues feel safe to debate, innovate, contribute, and be themselves. When employees see their leaders modeling the self-awareness, openness, and vulnerability that underpins psychological safety, they are free to practice it themselves. 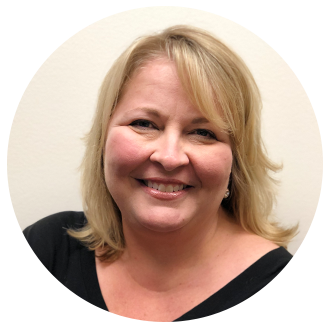 Terri is passionate about leading a team that develops new, engaging learning content. She works with clients to develop large-scale group development programs that combine multi-modality learning. She supports our facilitators and clients as they prepare for and deliver high quality learning events. Terri recently led the development team for a new e-learning course that supports work-life alignment.

If you enjoyed this blog, please check back regularly for additional insightful and informative posts. If you prefer to be notified when a new post is live, please sign up below to receive Dion Leadership email alerts.

We use cookies on our website to give you the most relevant experience by remembering your preferences and repeat visits. By clicking “Accept”, you consent to the use of ALL the cookies.
Cookie SettingsACCEPT
Manage consent

This website uses cookies to improve your experience while you navigate through the website. Out of these cookies, the cookies that are categorized as necessary are stored on your browser as they are essential for the working of basic functionalities of the website. We also use third-party cookies that help us analyze and understand how you use this website. These cookies will be stored in your browser only with your consent. You also have the option to opt-out of these cookies. But opting out of some of these cookies may have an effect on your browsing experience.
Necessary Always Enabled
Necessary cookies are absolutely essential for the website to function properly. These cookies ensure basic functionalities and security features of the website, anonymously.
Functional
Functional cookies help to perform certain functionalities like sharing the content of the website on social media platforms, collect feedbacks, and other third-party features.
Performance
Performance cookies are used to understand and analyze the key performance indexes of the website which helps in delivering a better user experience for the visitors.
Analytics
Analytical cookies are used to understand how visitors interact with the website. These cookies help provide information on metrics the number of visitors, bounce rate, traffic source, etc.
Advertisement
Advertisement cookies are used to provide visitors with relevant ads and marketing campaigns. These cookies track visitors across websites and collect information to provide customized ads.
Others
Other uncategorized cookies are those that are being analyzed and have not been classified into a category as yet.
Save & Accept
Powered by